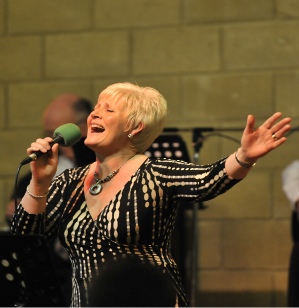 Copyright © All rights reserved. Made By JK Designs.

Come as you are

Pastor Ken McAlees came into Gods calling in September 2003 when assuming the position of Senior Pastor at the Newtownards Church of God.

Pastor McAlees grew up through his teenage years in the civil disturbances known as the troubles in East Belfast and thanks God for his mighty hand that guided and protected him through those perilous times. He, like many other young men of his generation went into the local industry at which time Belfast was blessed to have, such as Ship building, Aircraft building, Textiles, General engineering etc. It was into Shorts Aircraft factory at Queens Island that he was to serve an engineering apprenticeship and work there for the next 30 years.

It was in this industrial setting that God was to shape him and prepare his life for what lay ahead in the work of God, where he would rub shoulders with people from all walks of life, all religious persuasions and political opinions.

It was through his membership of the 79th Boys Brigade Company and its association with the Strandtown Church of God that he surrendered his life to the Lord Jesus Christ in November 1974 when he was 18 years old. He became an officer in the 79th BB where some of the most wonderful times (apart from coaching the football teams) were instructing the Boys Brigade bible class.

The Lord had already prepared a life partner for him in a young girl called Lydia who would later become his wife. Now married over 30 years with three children, they work together ministering in the congregation of the Newtownards Church of God, serving God and the community they live in.

After acknowledging the call of God on their lives, Pastor McAlees and his wife Lydia moved from Belfast and the Strandtown congregation to help establish the youth work in the newly planted Church Of God in the market town of Newtownards. The church was in the process of early growth under the Pastoral guidance of the late Tom Pinkerton with whom Pastor McAlees worked closely for many years. It was under Pastor Pinkerton’s guidance that he received valuable training and direction in the practical aspects of the ministry, which now extends his work to other volunteer and community projects. The ministry of Pastor McAlees reaches out beyond the boundaries of his native Northern Ireland and he is an enthusiastic giver and supporter of the missionary work worldwide. 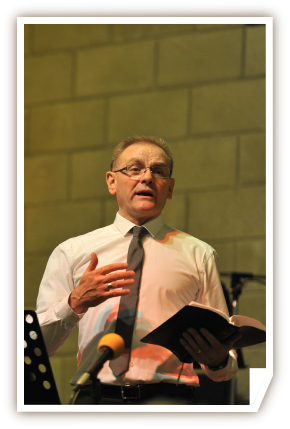